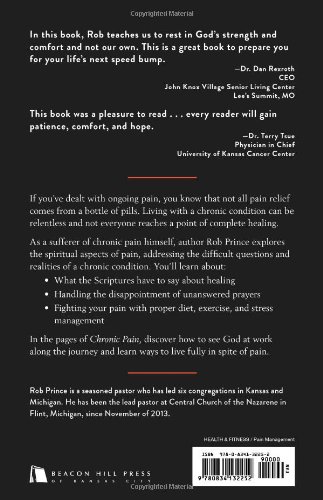 The bio on the back cover of my book says, “Rob Prince is a seasoned pastor…” I think “seasoned” means “old.” Talk about Chronic Pain… that one really hurts!

8.  “I’m thankful for potholes—they make me long for the heavenly streets of gold that much more.”

7.  “Let’s go to Chipotle after snow shoveling the driveway.”  (FYI–I am starting my own personal campaign to bring a Chipotle Restaurant to Flint).

4.  “Why would anyone go to Florida when they can go ice fishing on Mott Lake?”

3.  “I’m going to miss these icy and freezing cold days this summer.”

1.  Spoken by the pastors in Genesee County:  “I love it that every Saturday night or Sunday morning we’ve had a snowstorm.  It does wonders for church attendance!”

The weather people are saying today will be another yucky, wintery, rainy, icy mix of precipitation and wind, but it’s only Thursday and Sunday is coming!  By Sunday the roads should be clear and our hearts ready for what God is going to do!

You can sign up for my weekly email sent directly to you at centralnazarene.com 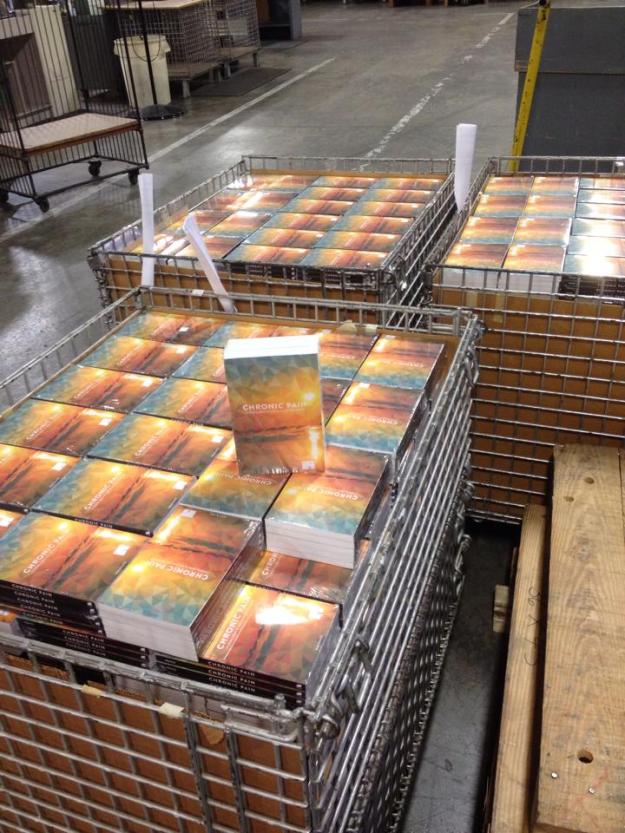 Coming to a bookstore near you. Thanks Beacon Hill Press and the folks and Nazarene Publishing House for making this possible! Order yours at amazon.com, barnesandnoble.com or mph.com

Jesus said, “Go and make disciples of all nations baptizing them in the Name of the Father, Son and Holy Spirit.”

We have our marching orders.  Make disciples and then baptize them.

Since Jesus said it, I am persuaded that EVERY believer should be baptized.

It’s an event to remember.

I remember very well the day I was baptized.  I was ten or eleven years old. The church we attended did not have a baptismal tank, so I was baptized on the Eastern Michigan District Nazarene Campgrounds.  The campgrounds has had a name change since then, it’s now called “Water’s Edge Campgrounds.”

Back when I was a boy, boys and girls did not swim together.  Mixed swimming was an absolute no-no on the Nazarene campgrounds.  So there was a “girl’s lake” and a “boy’s lake.”

The boy’s lake was the nicer of the two lakes.  It was a mostly sandy lake with only an occasional leech.  It had a really big dock that brave young men could dive off.  I am not great swimmer, diver and probably not particularly brave.  I never jumped off the dock. Compared to the girl’s lake, it was nice. Boys and girls both swim in it now.  So, it’s not called the “Boy’s Lake” anymore— now it’s called “Sandy Bottom Lake.” There is a big water slide that goes into it.  I think there is still an occasional leech or two— where boys and girls can discover them.

The girl’s lake, on the other hand, did not have a cool dock. It had a lot of seed weed. The water wasn’t very clear.  I believe it was home to the annual convention of leeches and every other gross and creepy water creature. I don’t know why the boys got the good lake and the girls got the bad lake — that’s just the way it was.  As far as I know, N.O.W. never protested the lake configuration.  Maybe they should have.  The girl’s lake also had a name change it is now called  “McGuire Lake.”

Why did I tell you all of this?

Baptism is not about the water. Girl’s lake, boy’s lake, lots of water, a little water—the location or the amount of water is not what’s important (hopefully there are no leeches).  It’s a symbol of what God has done.  And it’s not about the minister who does the dunking (or sprinkling or pouring) during the baptizing.  It’s all about what God has done (not some preacher)!  It’s a symbol of the glorious grace of God, when He washed our sins away.

I love baptism times—and this Sunday we will be celebrating with 20 or so people the great news that they have had their sins all washed away!  If you have had a change of heart—bring a change of clothes on Sunday!  It’s not too late to be baptized (just shoot me or Pastor Andy an email so we can plan the morning).  Let’s celebrate what God is doing in the hearts and lives of men and women!

This past Monday my mom had heart surgery.  The surgery went well, but an hour later for an unknown reason her heart stopped.  The doctors kept her going for a couple of days, but on Wednesday afternoon when they unplugged the ECMO machine that was acting as her lungs and heart—she quickly, quietly and peacefully went to her heavenly home.

If my mom had been in the Salvation Army (instead a long time Nazarene) they would have said, “She was promoted to glory.” She is in heaven!

I don’t know everything there is to know about heaven.  The old song we used to sing said, “When we all get to heaven what a day of rejoicing that will be.”  I think that’s true.  Here’s what else I know:

And best of all…

We Christians have a different view of life and death than non-Christians.  Death is not the end. My good byes yesterday afternoon at 3:09 in room 548 in the Cardio ICU at Henry Ford Hospital in Detroit were not the final words.  I believe Paul’s words to the Thessalonians are true when he wrote:  Brothers and sisters, we do not want you to be uninformed about those who sleep in death, so that you do not grieve like the rest of mankind, who have no hope. For we believe that Jesus died and rose again, and so we believe that God will bring with Jesus those who have fallen asleep in him. (1 Thessalonians 4:13-14)

All this to say, “Thank you to everyone who offered prayers for my family and me.”  We know the Lord has been with us.  And now– Mama is with Jesus.  She is rejoicing. Who can be terribly sad about that?   We have the hope that we will see her and all the saints who have gone on before us!  Great is His faithfulness!

New Book Offers Hope to Those with Chronic Pain

February 3, 2014 (Kansas City, MO) Nearly 100 million Americans are affected by chronic pain, according to the U.S. Pain Foundation, and many of them struggle with not just the physical and emotional consequences of pain, but spiritual ones, as well.

“I am a pastor with chronic pain,” says author Rob Prince. “Having lived most of my life battling migraines, surviving a subarachnoid hem­orrhage, and constantly dealing with issues related to head­aches, I am acutely aware that not all headache relief comes from a bottle of pills or the various treatments available. The spiritual aspect of pain relief is what this book addresses.”

Prince assures that this book is not about getting rid of pain in five easy steps or about having enough faith to be healed. “Even with the Botox injections that I receive every three months, I still have three or four severe headaches a week,” Prince says. “So this book is more of an ‘I know what you are going through and God is still God even when you experience ex­cruciating pain’ book.”

“The book offers renewed hope. I think every Christian who has experienced the dark night of the soul should read this book.” Frank Moore, Director of Center for Faith & Culture, Olivet Nazarene University

“In a world that seeks the easy answers for the problems of life, this book brings us to the rough places, about how a Christian deals with suffering.” Dr. Carla Sunberg, District Superintendent, East Ohio District

“Rob’s frank and transparent description is a guidebook for how each of us should face difficult circumstances. Whether the difficulty is chronic, like his headaches, or acute, like losing a job, there are common elements with which all can relate.” Danny R. Welch, Ph.D., Professor & Chair of Cancer Biology, Hall Family Professorship in Molecular Medicine, Kansas Bioscience Authority Eminent Scholar, The Kansas University Medical Center, Associate Director for Basic Sciences – The University of Kansas Cancer Center

Chronic Pain: Finding Hope in the Midst of Suffering will be released in April 2014 and can be pre-ordered at NPH.com Amazon.com and BarnesandNoble.com